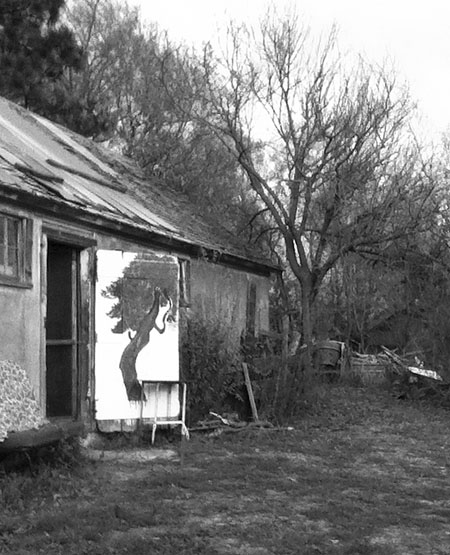 In his autobiographical novel on D.H. Lawrence Out of Sheer Rage, Geoff Dyer laments his inability to write the book he wanted because he couldn’t figure out where to live. “One of the reasons, in fact, that it was impossible to get started on [the Lawrence book] was because I was so preoccupied with where to live. I could live anywhere, all I had to do was choose—but it was impossible to choose because I could live anywhere.”

I have the same problem. I’m a migrant and a wanderer, and I’m never really sure where my home is located – in the environment, or inside me? I’ve come to an unsteady way of dealing with this uncertainty, mostly by rolling with it. I’ve also learned that direct, personal experience in the world is essential to my writing. Last summer I wrote my way through a Trans-Siberian train ride from Moscow to Novosibirsk while hanging on to the side of a swaying second-class bunk bed, trying to explain to my babushka compartment-mates that I was working on an historical novel. Last fall I finished off several stories and articles for publication amid showers of asbestos at Art Farm, Nebraska, a cooperative, self-sustaining artists’ colony that is about as close to nature and rusticity as one can get without actually becoming a wild animal. Every day from my desktop I was obliged to sweep away the powder of synthetic insulation and possibly cancerous substances that had rained from the homemade ceiling during the night. As winter approached, we practically burned floorboards for warmth. We wrote and wrote as we huddled around the fireplace.

This month I returned from a writing residency in America’s west, in the remotest corner of the country’s least populace state: Northwest Wyoming. The place was so empty I pitied the wind itself, forced to endlessly roam on its own over the plains without any alleys or streets to bring comfort. Few cultural markers interrupted the brown hills. The Mint Bar, a tiny saloon that inspired Annie Proulx to write “Brokeback Mountain,” sat in the nearest town. Michael Cimino’s momentous cinematic flop Heaven’s Gate was based on the region. There were all but erased traces of Native American habitation: tipi circles, small reservations. Beyond these echoes were simply endless, desert-like sand hills, pockmarked with deer, and no people. 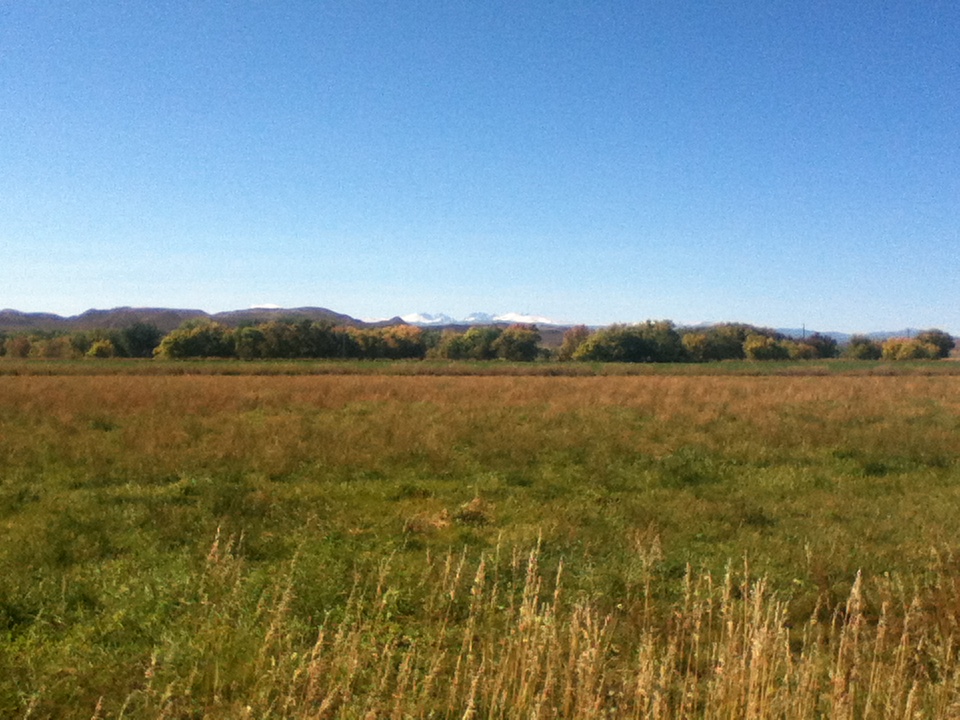 The residency was beautifully, ornately equipped. Olympic-sized desk, ergonomic chair, climate controlled air, an inescapable view of the brown hills. All meals were provided by a private chef. There was nothing, nothing to do. Never before had I been so without distractions. Never before had I found it so nearly impossible to write.

I’m often confused by the “Where I Write” and “How I Write” columns currently proliferating throughout the world of online literary journals. They’re the It girls of the literary social scene, showcasing impressive, completely together writers with impeccable taste in studio furnishings. As someone deeply invested in writing, and as someone who, pre-MFA degree, had not experienced any concern over my writing space, I wonder how these discussions of “where” and “how” writers write have impacted my relationship to location, to my own work.

I currently live in The Program Era – the era of creative writing — as Mark McGurl describes in his book (and Elif Batuman so eloquently critiques), and the numbers of my fellow, freshly minted MFA writers are booming. This raises the question of whether there is an ever more pressing need among my contemporaries and I, now faced with the reality of student loans, staunch competition, and minimal career prospects, to romanticize the writing life and to take part in the construction of its mythology. Can we cling to the image of writing, if we cannot have the writing life itself?

And is there a kind of collective narcissism inherent in the desire to display our writing habits for all to see, and in the desire to read about the habits of others? As Brian Michael Murphy notes in The Kenyon Review, writers today are much more likely to meet one another on Twitter and Instagram than in writers’ colonies or after midtown readings. Viewed in this way, the “Where I Write” phenomenon might be a sort of Literary Selfie: A gratifying promotional step in an age that celebrates promotion. A way of demanding and receiving attention through a public act of intimacy.

The Barnes and Noble Book Blog has a polished, candid “Where I Write” column, featuring notable authors with Selfies of their writing spaces. Curiously, The Guardian tailors its column to children’s authors only — perhaps recognizing the fairytale aspect of the subject – but still displays ‘adult’ pictures of writing desks and writing views. The Rumpus runs a more literary take, merging personal essay with the trope of inventory taking, detailing the accessories on a writer’s desk and walls.

Another strong example of the phenomenon is Write Place, Write Time, which blogs the desks and accouterments of a wide range of writers. Elliot Holt describes her Brooklyn second-bedroom-writing-studio, Erica Jong shares a picture of her high-rise Manhattan apartment, and Dani Shapiro describes her ten acres in rural Connecticut. In each photo open spaces are glimpsed through windows and doors, indoor space is ample; the rooms look gorgeous. The rooms and accessories are described in loving detail.

What is not clear from these columns is how these writers work so well, so comfortably, in one place, year in and year out. How do they maintain enthusiasm and creativity when returning to the same French door enclosed porch, with high ceilings and an unflinching view of green lawn? (And how, on earth, do they all have continued access to such luxuriant circumstances?) How would Steinbeck the recluse, or Hemmingway (known for writing standing up), or Janet Frame (known for her itinerancy) describe the spaces they wrote in? Would they bother? 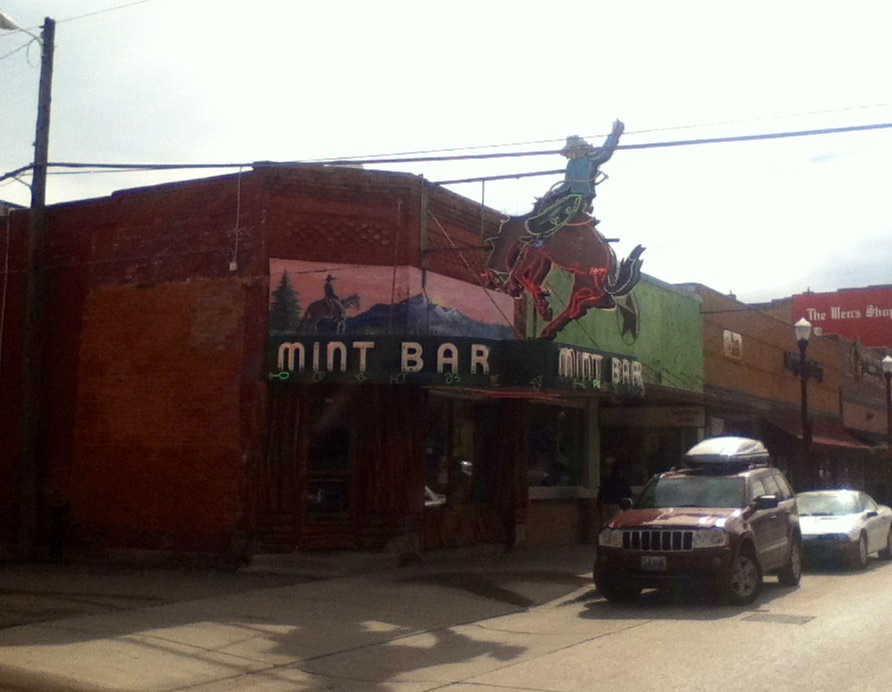 Like Whitman, writers contain multitudes. Many writers do not have steadfast routines or one regular writing spot; many writers cannot bear to be stationary. Dan Kennedy admits to writing everywhere:“I write anywhere I can usually. I’ll write in hotels. I don’t care if it’s a Holiday Inn on the side of the interstate or an amazing splurge on the edge of the Mediterranean, it’s easier to get down to the work of writing in a cage with whatever you have within reach.”Guy Capecelatro III writesthat he loves “the in between: airports, rock shows, waiting for a bus.  There’s something about pausing that makes my brain tingle.” Then there’s the fact that, regardless of location, things often do not go well in one’s writing space. “I leave books unfinished, poems unwritten, the ideas that I have perfected in my mind as intangible as the thickening of air before a storm,” says April Xiong in The Rumpus.“I am always imagining things that could be, things that should be, but I cannot seem to change the things that are.”

Margaret Atwood unbuckles the myth of the organized, together writer, stating in her recent “How I Write” column: “I’d be lucky to have a morning routine!… I’m not often in a set writing space.” Of mapping out books in advance, she says: “Never map it out. Just get into it. Jump in, like going swimming.”

To me this organic approach resonates; to me the act of writing is bound to the mutable, the flexible, and the unpredictable. For this reason travel writers like Geoff Dyer, and explorers like Freya Stark, offer real encouragement. The book that made Stark famous, and catapulted her into the London literary scene of the 1930s, begins with the words of a fellow explorer: “He finds out what he cannot do / And then he goes and does it.” Acts of inquiry and daring require the writer to live in the world: like explorers, writers expand when we embrace direct life experience.

There’s a quote from the book Art & Fear by David Bayles and Ted Orland: “What separates artists from ex-artists is that those who challenge their fears, continue; those who don’t, quit.”The space of a single writing room and its constancy might offer retreat from the world, but it also can’t substitute for the real challenge and insight that the world provides.In this sense, “Where I Write” is not a relevant starting point for the conversation of writing. One’s writing might take place inside one’s own room, but it is also germinated outside that room, in the rest of life, in community, in conversations, in the messy and unpredictable, the uncontrollable and organic.

Says Dyer, in Out of Sheer Rage: “The best circumstances for writing, I realized… were those in which the world is constantly knocking at your door.”