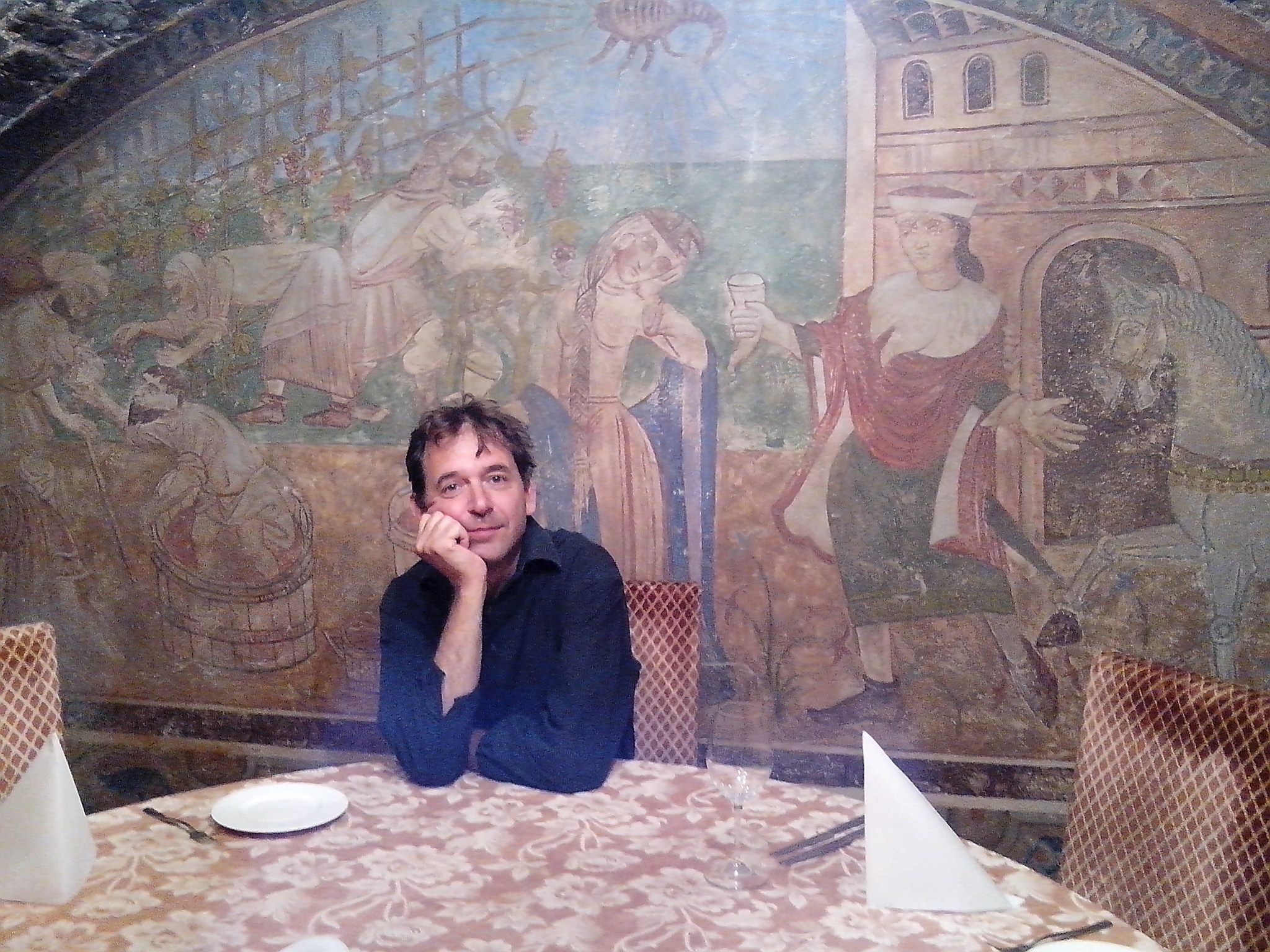 There are two twin girls in the courtroom. They look very much alike, with fine blonde hair, tightly bound, and short, pretty noses. One can see they have not yet reached the point in life where twins become separate. If they were to trade places, it would not be easy to tell the difference. But do not look at them in this way. A year and a half ago, a curtain fell between them.

One of the twins has come only to assist in the trial, and she appears panic-stricken, focused on everything around her. The other—who sits in the dock of the accused—killed a two-year-old girl and has eyes sunken in a globe of acid, looking far away.

It was at a crosswalk. A girl of two years was in her mother’s arms. The other cars stopped to let them cross. And she ran them over in the crosswalk. It’s a clear-cut case; there is no other explanation. The heaviest burden of such senseless things is seeing them happen. It is a cab driver who recounts the event.

“It’s done” is what the cab driver murmured on that afternoon, and then he heard the sound of metal and bone.

The cabbie’s nightmares chronicle the entire sequence of events. On that February day, the weather was good and the road was dry, according to the police report.

“I had been at the gas pump and was coming up United States of America Street toward Entrecampos. I approached at a moderate pace and saw a line of cars across the road. I saw the woman with the child in her arms, but the left-hand lane in the downhill direction was free. I saw the woman crossing with the child,” repeats the cabbie, buying some time.

He continues: “Then I heard, and saw, a car spring up, and I put my hands to my face and said ‘It’s done.’ There was no other possibility.”

It is warm in the courtroom; stifled sounds and sobs issue from the left side. The room is divided into two groups: those who weep for the dead girl and those who accompany the defendant.

But the twin who caused the accident exhibits no sign of fear or regret. She sits stupefied, as if she has heard the same anecdote a hundred times, at an adjacent café table, without being able to embellish it. The cab driver has recounted the part of the accident that she had not seen.

“The woman was crossing confidently. Because of this confidence, the other cars yielded to her. And if she had been given two more steps, she would have reached the sidewalk,” says the cabbie.

“How far was she thrown?” asks the judge.

“She was thrown quite a bit, and the child even farther.”

The judge reads aloud all the injuries. “The first impact was on the right side of the car, underneath, but it also dented the roof. The baby died of a shattered skull and other fractures hours later.” It is extraordinary the number of wounds that an autopsy found on one baby. The mother was hospitalized for a long time.

In the opinion of the cab driver, there was, without a doubt, an excess of speed. The skid mark, measuring fifteen meters, came only after the impact.

“We must not imagine that she wanted to kill someone,” says the twin’s lawyer to the cab driver.

“Of course not, but nobody has said anything of the sort. She sees a way past the crosswalk and thinks of nothing else, only getting through first…”

The twin has already been interrogated by the judge. She told him she was only going forty or fifty kilometers per hour.

“The traffic obscured my view from the right side. Certainly, had I realized, I would have stopped. When I arrived at the crosswalk, the woman appeared with her daughter in her arms, and it was so sudden. I didn’t have time.”

There was silence, a searching for words, and her sister wrung her hands. Then the defendant admitted to the judge that she had not slowed down at the crosswalk. When she described the impact—“The lady was propelled over the windshield, and I saw nothing else”—a cretinous cell phone inside the courtroom played “Light My Fire” by The Doors. And right after that, an enormous fly began to slam itself against the window. All the noises in the courtroom seemed gargantuan. Even those that were only inside people’s heads. The girl was scheduled to take a university final the day after the disaster; she flunked for the year. It’s in her psychiatric examination.

“How are you feeling today?” the judge had asked.

“Because of this thing I caused.”

A doctor, eyewitness to the accident, helped her out: he said that he was also forced to stop suddenly at the crosswalk, and that he hadn’t seen the mother and the baby right away, hidden as they were by a truck on the right.

Days later, the judge reads out the sentence. He has deliberated and come to the conclusion that, in an accident in which “the victims had contributed in no way,” the crime bordered on gross negligence.

“Your conduct on that day showed great disregard. You were beyond the limits of acceptable negligence.”

But, in his opinion, it does not reach the level of gross negligence (which would have mandated a prison sentence of up to five years). The judge doesn’t want to ruin the life of a girl who has just entered the workforce. He condemns her to a year in prison, suspended for three years. And, in light of current legislation, an additional penalty of the suspension of her driving privileges for six months.

At that, a woman in attendance rises, her eyes almost mad; it is the mother of the baby.

“Murderer! I hope God gives you double what you did to my child!”

And another rises up and shouts:

“And that you give birth to a dead son, you she-goat!”

“Six months for killing a child!”

Such voices as these have never been heard.

They reach to the fifth floor of the building.

And the girl also weeps, embraced by her twin sister. She shakes like water, and now they are not alike.

Rui Cardoso Martins is a writer, screenwriter, and playwright living in Lisbon. He is the author of the novels E Se Eu Gostasse Muito de Morrer (Glad to Die), Deixem Passar o Homem Invisível (Let the Invisible Man Pass By), Se Fosse Fácil era Para os Outros (If It Was Easy It Was for Others), and O Osso da Borboleta (The Bone of the Butterfly), and a two-time recipient of the Grande Prémio APE, Portugal’s premiere literary award. He co-wrote the film The Domain and, as a journalist, covered the war in Sarajevo in 1993 and the first free elections in South Africa in 1994. His play Última Hora / Breaking News was produced at the Teatro Nacional D. Maria II in Lisbon. He writes both comedy and drama and is translated in several languages.