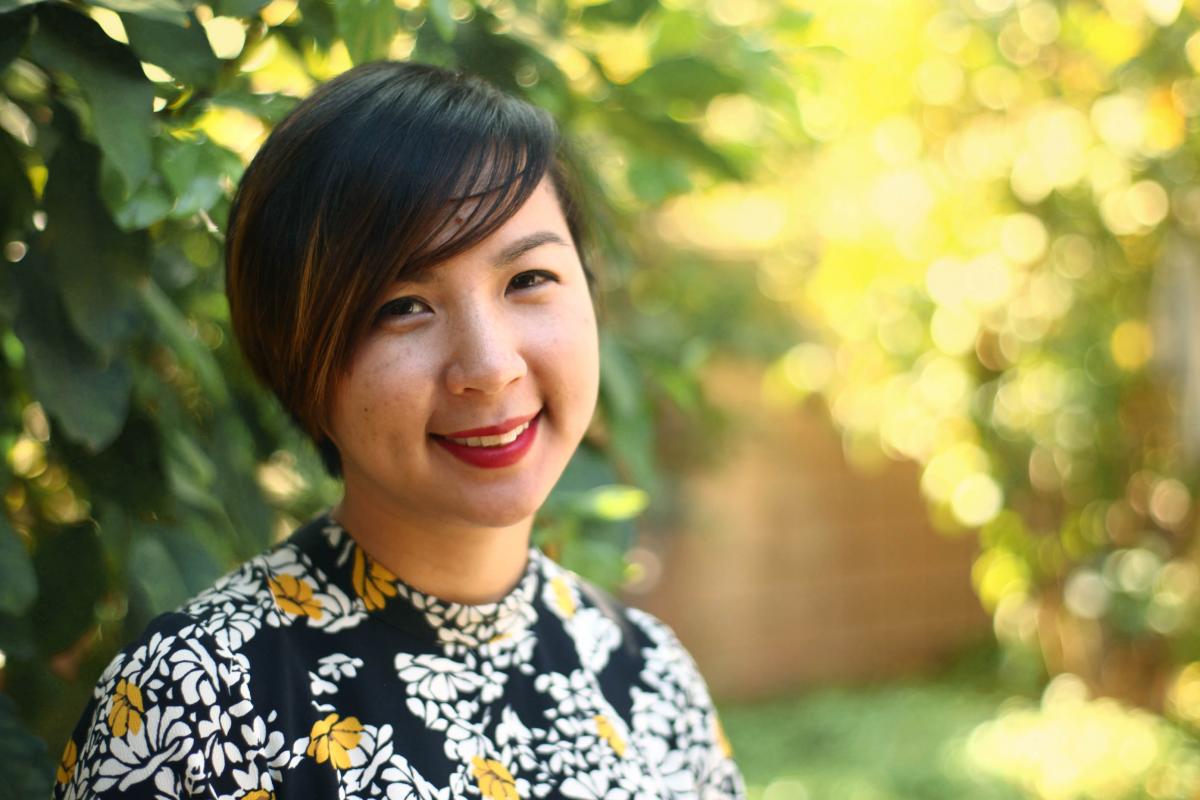 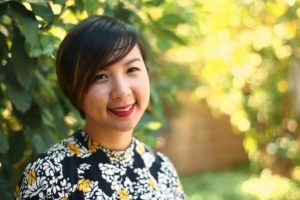 Cathy Linh Che is the author of Split, winner of the 2012 Kundiman Poetry Prize, the 2015 Norma Farber First Book Award from the Poetry Society of America, and the 2016 Best Poetry Book Award from the Association of Asian American Studies. Che is a Vietnamese American poet and teacher, originally from Los Angeles and Long Beach, California. She received her MFA in poetry from New York University and has been awarded fellowships and residencies from Poets & Writers, The Fine Arts Work Center at Provincetown, Kundiman, Poets House, and The Asian American Literary Review, among many others. Her poems have been published in Hyperallergic, Hyphen, poets.org, and AAWW’s The Margins. Her work delicately probes the liminal spaces between cultures, identities, nationalities, and bodies.

This winter Melody Nixon talked with Che about a very concrete crossing of space: Che’s recent move from New York City to the west coast. They discussed the gentrification of Che’s home in Highland Park, Los Angeles; the perils of graduating with an MFA during the recession; and finding peace 6000 feet up, in Incline Village, Nevada.

Melody Nixon (MN): I met you in New York City and you lived here for many years, but last year you moved back to the west coast. Can you talk about that move, your relationship to the Left Coast, and whether or not the transition held the answers you were seeking?

Cathy Linh Che (CLC): I’d always seen Los Angeles as home base. I lived in NYC, on and off, for eight years. My MFA program brought me there, and while in school, I felt completely alive in a way I’d not known possible. I studied with my poetry heroes, and fellow poets were everywhere––people like myself who were reading, writing, thinking, asking questions, wholly in love with poetry in a way that I’d not encountered before.

But I graduated into the recession and worked all varieties of odd jobs––babysitting, grading, tutoring, adjunct teaching, interning in publishing, working at literary nonprofits––most of these jobs were relatively low-paying and I was able to make rent every month, but it was only really enough to survive.

On some level, I thought it virtuous––I centered my art and made do. But after a while, I felt tired. I felt wrung out. I woke up every morning with a low-grade depression and had to coax myself out of bed. Then, winters would hit. I’d check the weather in Southern California and would long for those predictable forecasts––sunshine, sunshine, sunshine!––whereas in New York, the weather was ever-changing and often, hard on the body. 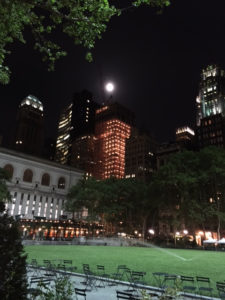 MN: I hear that. Although, while changeable and outright freezing in winter, New York keeps people here because it offers so much in terms of doing. How did your schedule detract from your weather concerns, and how were things socially for you here?

CLC: My social calendar was packed. I was booked a solid two or three weeks in advance, with appointments stacked one, two, or three after a full day in the office––these were people who I loved and wanted to see, readings I was excited to attend or to give, salons and brunches, and friendly faces I wanted to make contact with again. Still, I felt it increasingly: the crush of the city, the sense that I had so little time to myself, the horrible expense of it, the lack of space. After eight years, it got to be too much.

MN: And LA offered something more chilled out.

CLC: I thought Los Angeles was the answer. Endless summer, predictable weather, family who loved me… I imagined a lovely retreat from all the busy-ness. After all, I knew a few poets in SoCal: a manageable number, most of them people of color who grew up in similar neighborhoods. I thought we would build a more literary Los Angeles than the one I’d left. I was excited.

But, when I returned in December 2015, so much had changed. I felt alienated by the ubiquity of television and radio and the general apathy toward reading. I felt estranged from my own family––my literary existence contrasted with their day-to-day concerns. My mother kept urging me to get married. My brothers had settled into their careers and had started families. Our love and concern for each other never waned, but we weren’t kids anymore, and our values about what one ought to do with one’s life contrasted significantly. It took time for me to adjust to our growing up.

MN: That makes sense. When I go home it’s always a shock to me how my family and friends have changed and reprioritized their values. The amount of time between visits make those shifts stark.

Which neighborhood in LA did you grow up in, and how has it changed since you left home?

Now there are yoga studios and reclaimed wood bars, juice spots that sell açai bowls. The people settling into Highland Park are putting up what we call “gentrification fences,” these horizontal wooden slats that block their homes from view of the folks who used to occupy the neighborhood. There’s a block and a half of white hipsters who weren’t around when I grew up.

But my former neighbors still live there. Galco’s, the soda pop shop that has been there since the 50s, is still there, as are the library, the park, the taco trucks, the high school and elementary school—so Highland Park retains some of its old character too. I have to admit some of my resistance to the changes is pure nostalgia, but another part of me recognizes that power is at play here. Investors come in with gobs of money and buy up houses and flip them––little two bedroom homes on a hill become million dollar homes with a view. When I moved back to Los Angeles, I couldn’t even afford a one-bedroom rental in the old neighborhood. 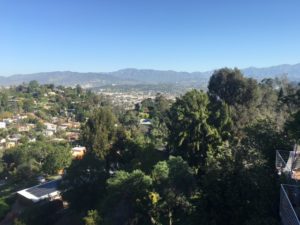 MN:That must’ve been a difficult realization.

CHC: Los Angeles was very lonesome for me and wasn’t feeling homey at all. Car culture was starting to get to me. Most of my friends were not writers, and they had moved forward with their lives along a different path as well.

MN: Did you try to find another LA community?

CLC: Because Highland Park felt out of reach, I moved to Koreatown, a walkable area of Los Angeles. Koreatown is comprised of mostly recent immigrants (Korean and Latinx) and is an economically mixed neighborhood. It’s a blend of family-owned restaurants, coffee shops, and hip eateries, and because I have less history in Koreatown, it felt new and good.

In an effort to build community, I co-organized a Kundiman salon at Sunyoung Lee’s home in Echo Park. Sunyoung, who is the editor at Kaya Press, has always wanted to make her home into a creative hub. Thirty or forty artists and writers from all over Los Angeles showed up. We read poems, ate really well, started making connections, started making plans.

MN: And did it stick?

CLC: Yes. Now, there is a weekly San Gabriel Valley food club that meets Wednesday nights. We pick a restaurant and eat there together. These are mostly mom-and-pops out in a neighborhood of diverse, mostly Asian foods. We don’t really talk about writing­––but it’s a place of community, of breaking bread together. It’s been a nourishing place to return to again and again.

MN: You mentioned the struggle of graduating into a recession in NYC. How have things been work-wise on the west coast? Have you settled into Koreatown?

CLC: I am currently teaching at Sierra Nevada College as Visiting Professor of Creative Writing/Writer in Residence. I live in Incline Village, NV, which is 6000 feet up, within walking distance from Lake Tahoe, just a five minute drive to the California border, mountain peaks surrounding me on all sides. This is the smallest town I’ve ever lived in, just around 8,000 people, and those who live here are either upper middle class or wealthy and mostly white.

It’s a second home area. Lots of wealthy folks in the Bay or in Southern California end up here. It’s a summer lake and winter ski and snowboarding destination, with stunning views all around.

I was surprised at first that the lack of racial and economic diversity didn’t bother me so much. I think part of it is community. I have a great group of kind writer-poet friends around me, and I enjoy my students quite a bit. I think mostly, I enjoy it here because I’m allowed to decompress. 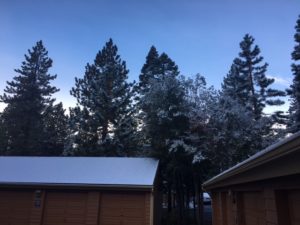 MN: In stark contrast to New York! What is your day-to-day like there?

CLC: I’m alone most days (I teach three classes on Mondays and Wednesdays and am among students for much of that time), and I spend lots of time cooking and thinking.

MN: How have Incline Village and Nevada entered and influenced your poetry? Do you see notable differences compared to the work you created in NYC?

CLC: I think in addition to finding inspiration and community, it’s important for a person at some point to feel like they are making a living wage. Underneath everything in Brooklyn was this economic stress––I could never get comfortable.

Sierra Nevada College gifted me with a two-bedroom apartment with washer dryer, full kitchen with dishwasher to myself. This means that I can take better care of myself: I eat better, I spend my money more wisely, I take care of business––because I have the luxury of space and time.

MN: Space and time, not to mention the elusive washer dryer—rare luxuries in NYC.

CLC: My writing doesn’t look too different, though––it springs from the same source. I still write about family, love, heartbreak. Maybe the landscapes that show up in the writing are a bit different. The light on the lake, the color of the sky, the pines, are all making little appearances.

What has changed most is pace. I have more time to think. I read books slowly and more carefully. In New York, all poetry began sounding the same. I think it’s because people influence one another so much.

Ultimately, I just feel like I have more time to focus. I do fewer readings, and it feels like necessary reprieve and incubation time. I leave here mid-May, then I’m not sure what’s next. But I’m not worried. I’m just taking the time to enjoy what I have.

Melody Nixon, a New Zealand-born writer living between New York City and Europe, is the Interviews Editor for The Common.