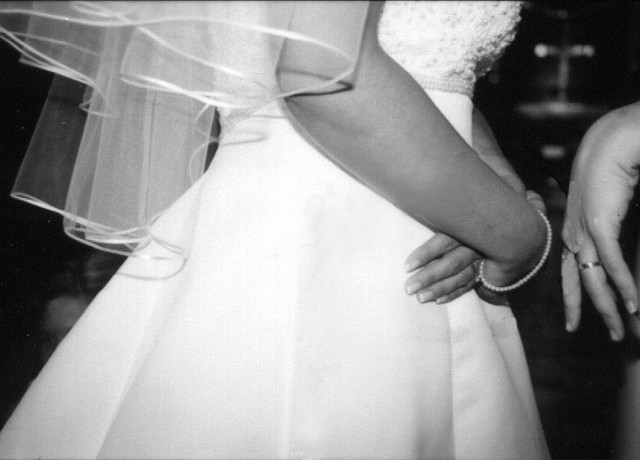 This month’s poetry feature showcases work from new books by our contributors.

If This Is What It Takes

The knife in your hand wants flesh—

its appetite for blood is sharp steel

leaning, weeping into the tomato’s meat,

that juice etching your hands, pulsing

your neck and shifting your hips. You

slice, you bleed, you leak into pools bubbling

the countertop, over the scuffed linoleum

to the stainless steel sink and anoint the potato

Make your salad before rot sets in

and that side of you that turns my head

after we’ve parted on the street

to watch your steps escapes. You come to me

squeezing your bleeding as if it were a gift,

as if the more you bled the better you’d feel

offering your invitation to join the thin red

sliver seething and throbbing your hands

into mine. Beautiful bleeder, my hands

never held holy powers until they entangled yours.

A blade, I understand its language. Give me

the knife and press its edge here. Pull.

The Real Cause of Your Absence

In the afternoon the river thawed

and not one ice plate remained—

you could sit on the bank and watch

boxes out of town, as if it were

a road you could stand beside

with your thumb out. Or skip a stone

from a pile the strange neighbor

boy mounded at your feet again.

This year, when the milk cartons

bobbed and twirled on the current,

the grocer seemed a little smaller

and our child gave her pocket stones

back to the riverbed. Suddenly tired,

the greasy mechanic had to look away

from the weasel dipping in and out

of the oak leaves lilting and twirling

short and dropped their thick dark

Not one lamp burned, which could have

given us a reason to stay. For a while

occupied—until the water drew our noise

from the windows and we followed—

You went upstream. I climbed down.

The Real Cause for Your Absence, has just been published by C & R Press

Curtis Bauer is the author of three poetry collections: his first, Fence Line (2004), won the John Ciardi Poetry Prize; Spanish Sketchbook (2012) is a bilingual English/Spanish collection published in Spain; and The Real Cause for Your Absence will be released March 2013 by C&R Press.

On Valentine’s Day I Pick Up My Wedding Dress

Dragged across a sculpted lawn, hem half undone,

was smeared with August grass.

A thrill to wear the Empire waist

with shirring at the bust, complete

The bit of luxe I delayed for months

putting into the cleaner’s hands—

I loved how it dangled

amid the darker palette of my wardrobe

with its tattered trail of stains—

Any of my black slip dresses would have done the job.

But my ’tween daughter said,

It’s supposed to be a celebration, Mom,

not a witch’s Halloween.

Several years ago she and I walked with you,

In upraised arms the unveiled bride

the streets still puddled with the morning’s tide.

thinking of ruined fabric, the dirt and grime,

where I thought, The world’s full bouquet.

Today’s poems in class were sex,

not love; sex and Singles’

beyond their years didn’t even

I gave out chocolate, wishing for some

grand passion to sweep them away.

See Her Familiars at Elixir Press.

Forbidden to turn to the last pages, one would read, each day, each day’s summation in a book where one’s future had already been written: an accounting (however much the reader desired, with impatience and also with fear, to know the final tally) never to be disclosed.

To look through these glasses (the lens thick and clouded) was to see one’s own death – the very day, the very moment of it; and no matter how they believed that it was so, few resisted lifting them from the piece of faded, worn velvet (as a crown is lifted during a coronation) and, with scarcely a hesitation, putting them on.

Only when the machine had begun to forget were the consequences of its neglect revealed, though not to us who remained ignorant even to the end; the first to vanish from the world was the elephants, followed by birds, and then, unaccountably, by violas – all as if they had never been.

And the magnetic tapes that had taken dictation from the mad in Bellevue and in Bedlam – they also began to forget, each memory (a recorded voice) dying away from the tapes’ oxide particles (formerly so grasping) with a shriek, as though the world were giving up its ghosts.

The metal button meant to release the umbrella suddenly from its inert state having been depressed – a miniature weather system was manufactured inside the domed space (staked out with recurring steel struts in appearance like meridians of longitude) by the discharge of silver-iodine crystals: it might be a drizzle or a deluge such as makes rivers of streets or even snow sifting down from inside the black canopy raised aloft by the umbrella’s owner in a vain effort to escape what he or she had unwittingly deployed.

In this, the mirror was extraordinary: whoever looked into its depths saw another resembling him- or herself, who would (having grown impatient of being looked at so brazenly) turn away – even before the person who lingered in front of the mirror had ceased to look – and begin life inside its cool rooms as someone else.

When struck against the palm, this tuning-fork produced a tone that none could hear, regardless of powers of audition – a pitch so penetrating as to unclench the mountains’ grasp, unknit polar ice, unfuse glass into sand and fire, unbolt the tectonic plates, and unwind Earth’s core as if it were no more than a ball of twine pulled apart by voracious birds to weave into a nest.

A model-maker who had won fame for her contributions to the world of cinematic artifice completed, after years of painstaking assembly, a miniature city – sumptuously furnished, ingenious in its tiny mechanical systems.  Those who knelt before one of the skyscrapers to look into a room (with one eye closed as though peering through a microscope to see what life was there) would recognize themselves – in facsimile – standing abjectly at the window.

And to speak again of sound, consider a ringtone able to wake the dead, not by its volume, but by the tone itself (one unheard, before this instance, in the world of sentient beings).  To answer its peremptory summons was to hear what might be a tsunami striking the fragile shore or an avalanche of snow hurtling down a mountainside toward the town cowering at its foot – a tumult, inside of which was an almost articulate voice threatening vengeance on all the living.

It was not the case that the vacuum-cleaner, having suffered its parts to be deranged, drew into itself first the Turkish carpet, then the furniture, and finally the room in which they had contributed to their owner’s comfort, while the appalled housekeeper stood (clenching the wand of the apparatus for dear life) on a fragile isthmus engulfed very nearly by nothingness – no, the case was this: that the machine conceived in its dark womb a man from atoms of dirt, cigarette ash, and animal hair embedded in the depths of the carpet and that this man – so brutish and mute – turned toward the world and, like a Golem, began the patient work of its destruction.

Impossible Objects is out this month.

Norman Lock has written novels and short fiction as well as stage, radio and screen plays. 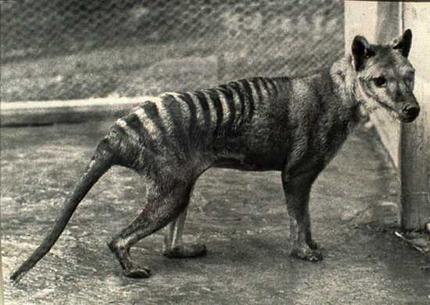 62 seconds of the extinct Thylacine or Tasmanian Tiger on film.

Within the box, it growls, it twists,

scowls through its repertoire of tricks,

ignores the camera — or gurns up close, turns

again, to flop, to gnaw that paw-trapped bone.

It paces out its trap of light; one hundred reps

while hindquarters zither bars of sun;

as if to take the measure of itself.

You saw. You see. And what we’ve got is what was shot:

together in a loop of black and white.

It’s on its feet and born again. Like a repetition

Vandemonian, just out from Arc, may be visited here.

Cliff Forshaw lives in Hull, England, where he teaches at the university. Recent UK publications include Trans and three chapbooks: A Ned Kelly Hymnal, Wake, and Tiger.

Thinking About the Sistine

Rise. It’s hard to imagine on a twenty degree day,

the blessed rising from their boats

all along the rugged shore, even the rocks

Such unlabored rising is far beyond our ken—

Take this red-tail feasting on our neighbor’s rooster,

one bright feather at a time, pink flesh at the nape

and tug—there’s something we know.

the length of meadow and the children next door

still calling out under henhouse, shed, and tractor.

Although I change my skin, Michelangelo wrote,

in a sketchbook under the scaffolding

as if the last day were a simple undressing,

than the whip-long, honeycomb casing of a snake

cast off between logs in the woodpile.

Rake of light, a hem lifts

Base of the feathers, a faint

as you loosen their skins.

with each row of feathers,

It’s enough to make you believe.

This is where they brought her.

Not at first, but later;

for Santa Cecilia’s body was lost

in the catacombs of San Callisto,

the carved out underearth of pumice, ash

and lava where she lay as if sleeping:

“An angel,” she told her husband

on their wedding night,

“an angel guards my purity.”

He believed in what he couldn’t see.

fire of husband and wife:

shiver, inert upon your cheek.