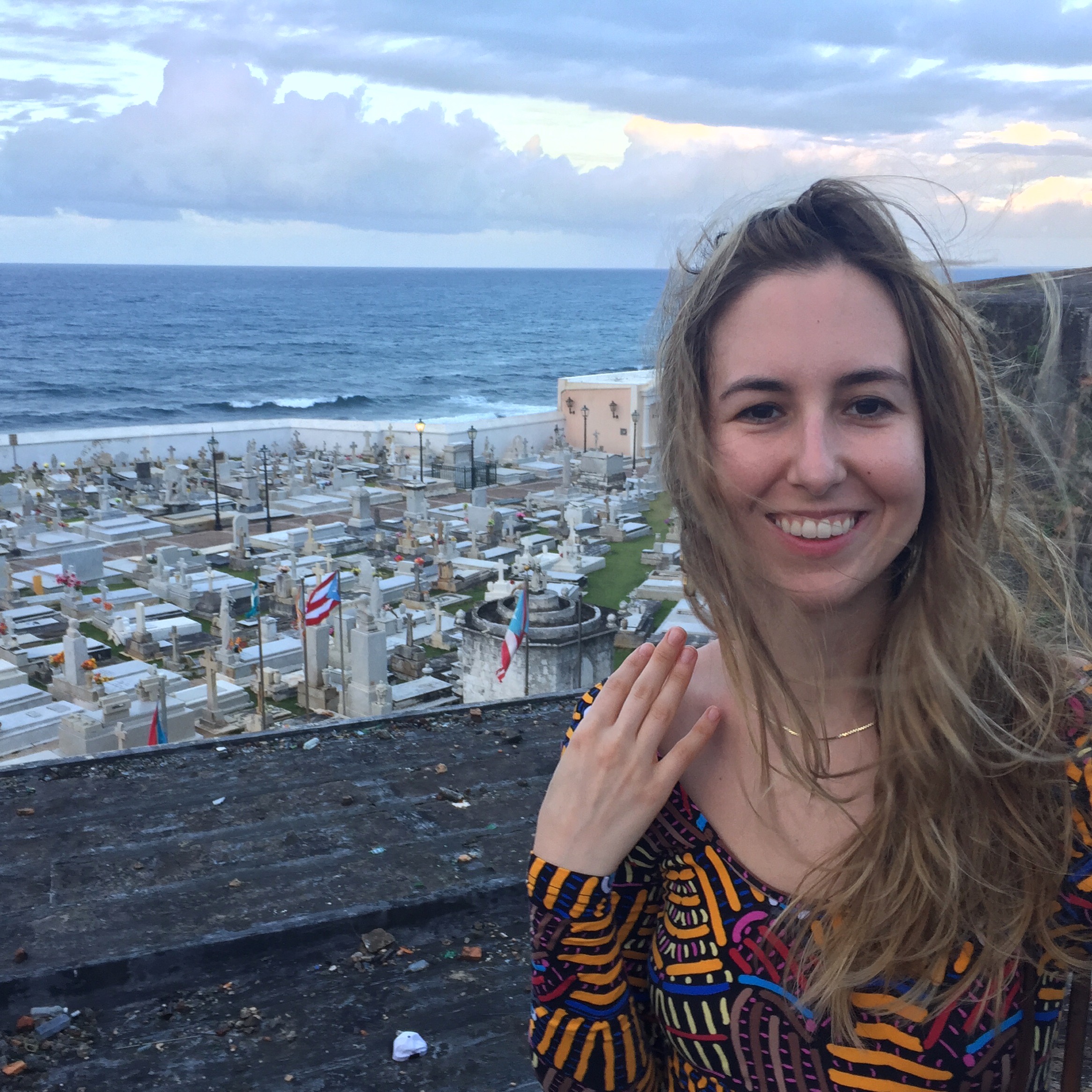 A Spanish translation follows the English.

So many perfectly good words have been ruined: Promise. Paradise. Free. Even: Like. Love. Friend. We know that the task of the poet is to renovate ruined words, to make language livable again. To make sure the mouth doesn’t hang off its hinges. To make sure the flame of the tongue stays lit in the storm of speech. But what happens when the poet tires of her labor? In English, this word for work is the same as the word for what a woman must do to push a baby out of her body and into the world. Mara Pastor’s new book of poems, Falsa heladería (False Ice Cream Shop) emerges from a double exhaustion and takes a big breath—then lets loose a current of sound—from the other side.

The labor of writing poems is invisible because it happens mostly in the silence of thought, which we tend to imagine takes place in the mind rather than the body. It is not invisible in the same way that maternal and domestic labor is invisible. That’s the kind of labor we tend to reduce to the body—the dishwashing, breastfeeding body that sweats and takes up space even as most societies wish and will it out of sight. And yet, Mara’s new work explores the links between these two forms of labor that are not valued under capitalism. The links are in some sense simple: hers is a body that makes both poems and babies, and the inner world that produces them is not neatly divided into separate spheres.

Rather than showing us the poem as commodity—fully formed, standing apart from the poet on the page—Mara’s book shows us the daily life of its making. Here is the poet sifting through old documents on her computer, here she is teaching a class over the sound of a groundskeeper mowing the lawn and singing, here she is giving a reading in the swelter of a university cafeteria. These are the labors that sustain her career as a poet—she is not always and forever holding a seashell to her ear and swooning, though she does that too. Her embodiment as a poet is not generally romantic. The working poet, in Mara’s book, is also the body that goes gluten-free, braids her lover’s hair, and waits in an infinite line for gasoline in the wake of a superstorm. It becomes impossible to sort the high-minded invisible labor of the poet’s search for a perfect paradise from the invisible domestic labor of keeping herself safe in a perishable paradise. In all these instances she is talking about survival.

The poems Mara produces out of the struggle to survive do not redeem ruined words so much as account, patiently, for their ruin and remaking. In the digital diaspora, where Mara and I first met, Mara writes:

Dar like para llegar a un consenso / capitalista y fugaz, / presencia redundante / que afirma, / amo la huella de tus pixels.
[To press like in order to arrive at a fleeting capitalist consensus, redundant presence that affirms ‘I love the pawprint of your pixels.’]

Exhaustion and sincerity search in tandem for the touch of another body. It would be easier to reject or redeem the word “like” in all its corruption if we didn’t need it so much. Mara, te doy like a tu libro.

When Mara uses the word “debt,” she is often referring to its primary meaning in the contemporary political moment: “debt” as the abstract and fictitious accounting of what Puerto Rico “owes” the U.S. federal government, every empire’s mechanism of colonial bondage. But she also returns us to the “natal debt” we are all born into if we live beyond childhood—the debt we owe one another, and especially our mothers, even when this debt, like colonial debt, is incurred just by breathing, and can feel, in difficult moments, like a form of bondage. Riffing on a line by José María Lima, Mara writes:

Mara refuses to restore any integrity to the concept of debt; our interdependence can’t be quantized. When she uses the word, she’s picking up one of its broken fragments and singing:

Tengo un pedacito / pero está roto / y no es inútil decirlo.
[I have a little piece, but it’s broken, and it’s not useless to say so.]

In English, it’s strange and sinister that we refer to those new to the language as speaking “broken” English, as if English were a perfect, precious vase that the foreigner has carelessly or spitefully smashed. That’s not how anyone enters another language—and in Mara’s poetry, anyway, every language is already broken. In the Spanish accent of a Puerto Rican child not yet old enough to read—in his “broken” English—the word “Trump” becomes “Atrón,” and the pronunciation mistake of the child comes to stand in for the moral mistake of not-my-president. He does not deserve a proper name. And sometimes, proper names come up empty.

In another poem, Mara is going through her digital files and finds an old draft labeled with the name of the French national anthem, “La Marsellesa,” carried to Puerto Rico by her great-grandmother from Corsica, but the draft does not contain the poem she remembers writing about the song. The words to “La Marsellesa”—both the song and the poem—are mysteriously lost, but Mara reflects on how the idea of the song contains something else inside it, “como pasa con lo que se olvida” [“as happens with what’s forgotten”]. Finally:

You might say the same about a mother’s body.

In a poem about the areolar glands named for William Montgomery, the white man who “discovered” them, the poet resists this absurdly patriarchal and colonial naming practice, asking:

The final lines of the poem herald a day when a woman’s body will write a new language, though the poem refrains from uttering it.

Yet the questions Mara raises are not merely rhetorical. As James Baldwin writes, “Writers are obliged, at some point, to realize that they are involved in a language which they must change.” Mara Pastor is not a poet who is afraid of using the power of language to name: a mother can’t afford to be. She is, to use Baldwin’s word, “obliged” to name the future she has contemplated and discovered inside her.

In the wake of the hurricane, I had a dream that I was in a small wooden house in Puerto Rico, heavily shaded by guava trees—the kind of house I’ve seen in Ponce or in Florida, my grandmother’s hometown on the island. In the dream Mara is in labor, lying down on a grass mat with a bowl of water beside her. My mother, despite her age, is also in labor, and I go back and forth between them, sponging their brows. When I lean over my mother, she says, “Don’t worry—this labor is not so hard as it was with you.”

My psychoanalyst and I turn the dream over in our talking. Obviously there must be a link between the two labors, the two beings coming into the world. In waking life, Mara’s baby has already been born. She named her Isla. Out of the devastation of the hurricane, Mara must give birth to the island she needs to sustain her growing family. She must give birth to her own survival—which is never only her own. It is tempting to imagine the island born again. Just as it is always tempting to imagine a new beginning for myself, for Spanish, instead of English, as my mother tongue. But in the dream I am not anyone’s baby. I am the maladapted midwife, arms awkwardly slack, standing like a ghost witnessing the violent spectacle of human life. In the world beyond the dream, there are no do-overs. The darkness marking the map of the island after the storm is not a blank slate, no matter how many bitcoins we’re paid to say so.

It’s improbable to speak in any verb form, so we speak in all of them. When, in this archipelago, have our options been probable?

The truth: when Mara asked me to write a prologue for her new book, my pride was almost eclipsed by my fear. I was overwhelmed by all I owe her as my first poet friend on the island, a debt that’s useless to pay in pieces. What would it mean to repay her for the time it started to storm, and she drove her Jeep Cherokee toward a hole in the clouds where we bathed in the sea’s one still window, watching the rain form a purple ring around us? What would it mean to repay her for her poetry? My Spanish is broken, I tell her. I’ll have to write the prologue in English. At the time of this writing, I’m buying tickets to the island—I haven’t been back since the hurricane, and sometimes the distance makes me feel dead.

Taíno mythology teaches us that the dead can take any form, and may walk among us at night to make love and eat guava before returning the next morning to the land of the dead, known simply as “the other side of the island.” The only way to distinguish a dead woman from a living one is by lifting her shirt. A dead woman’s stomach will be smooth: no navel. Suddenly suspicious of my taste for guava, I check my body for evidence of my own aliveness: and it’s there, a knot I can’t untie.

Carina del Valle Schorske is a poet, essayist, and translator. Her writing has appeared in many venues, including The New York Times Magazine, The New Yorker online, and The Point, where she is contributing editor. She won Gulf Coast’s 2016 prize for her translations of the Puerto Rican poet Marigloria Palma, and has received fellowships from CantoMundo, the MacDowell Colony, Hedgebrook, and Columbia University, where she is a doctoral candidate studying Caribbean literature and culture. Right now, she is at work on No Es Nada: Notes from the Other Island, a collection of linked essays forthcoming from Riverhead Books.

Nicole Cecilia Delgado is a poet, editor, translator, and book artist. She is the founder of La Impresora, an experimental Risograph printshop and publishing studio in Santurce, Puerto Rico. An anthology of her poetry, Apenas un Cántaro: Poemas 2007–2017, was recently released. Her work has been partially translated into English, German, Polish, Portuguese, Catalan, and Galician. She has kept a blog since 2005: nicolececilia.blogspot.com.