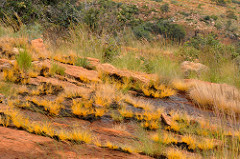 Nirox, near the Cradle of Humankind, Magaliesberg

Pools of cool light
bathe our eyes for an hour

as reeds weave baskets
out of morning air.

Today I do not love my country.
It is venal, it is cruel.
Lies are open sewers in the street.  Threats scarify the walls. 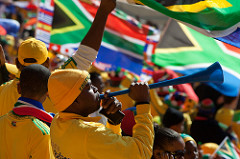 And so the sons and daughters of Mother Earth
descended on our airports.
How pleasing to the soul witnessing
global smiles brightening up our cities.

A boomslang stretches out
to probe a nest. A cloud of birds
surrounds it, frantic.

It slinks across to eat the eggs,
swerves back into the foliage,
cuts the light in two. 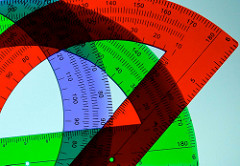 I am not an engineer. but I studied
to be one. those days, the ’60s, we
went to varsity in shorts and long socks and
threw paper aeroplanes in class. chem.eng.
was a tough course. the theoreticians did well
but the real engineers, the guys who drank beers
and fixed their own cars, failed.

Liberation in South Africa and the first free elections, in 1994, unleashed a social and cultural energy and sense of possibility. In the two decades since then, there has been an explosion of innovation in South African poetry, with a number of poets experimenting with fresh perspectives and themes. In a society still bearing the effects of deep division—most obviously, but not only, racial—poetry has become one of the cultural media through which individuals from previously antagonistic groups can share and explore their feelings and emotions, thereby, at times, creating bonds of mutual sympathy. At the same time, the social and political foci of pre-liberation poetry have remained but have been transformed and augmented by a number of fresh areas of concern. 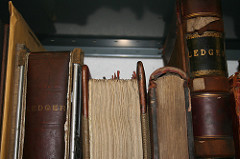 The past clicks us into focus.
There’s a slid-hinge to the edit.

In this photo, your father frames you
like a fish he wants to remember—
slipped and tin, temporarily pliable,
propped on his knee. 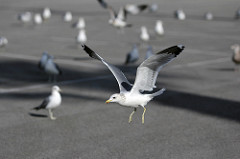 Why are you so sad, Girl, the fishermen ask.
As a colander drains, as shoes to feet,
as he who smokes will invariably say yes to coffee,

so a girl watching a group of gulls must be a soul in torment
or lack company, or maybe a rod,
the technology to stave off loneliness.

You are a tortoise in a hard hat.
I am a heart growing gallons and gallons of hair.

You made it with me: a perfect love,
which went hard from the softness of its innards.

And though all the love went elsewhere, you hung around,
like a gas, like sand in my bikini pants.

Katharine Kilalea is the author of One Eye’d Leigh, shortlisted for the Costa Poetry Award and longlisted for the Dylan Thomas Prize for writeers under 30.