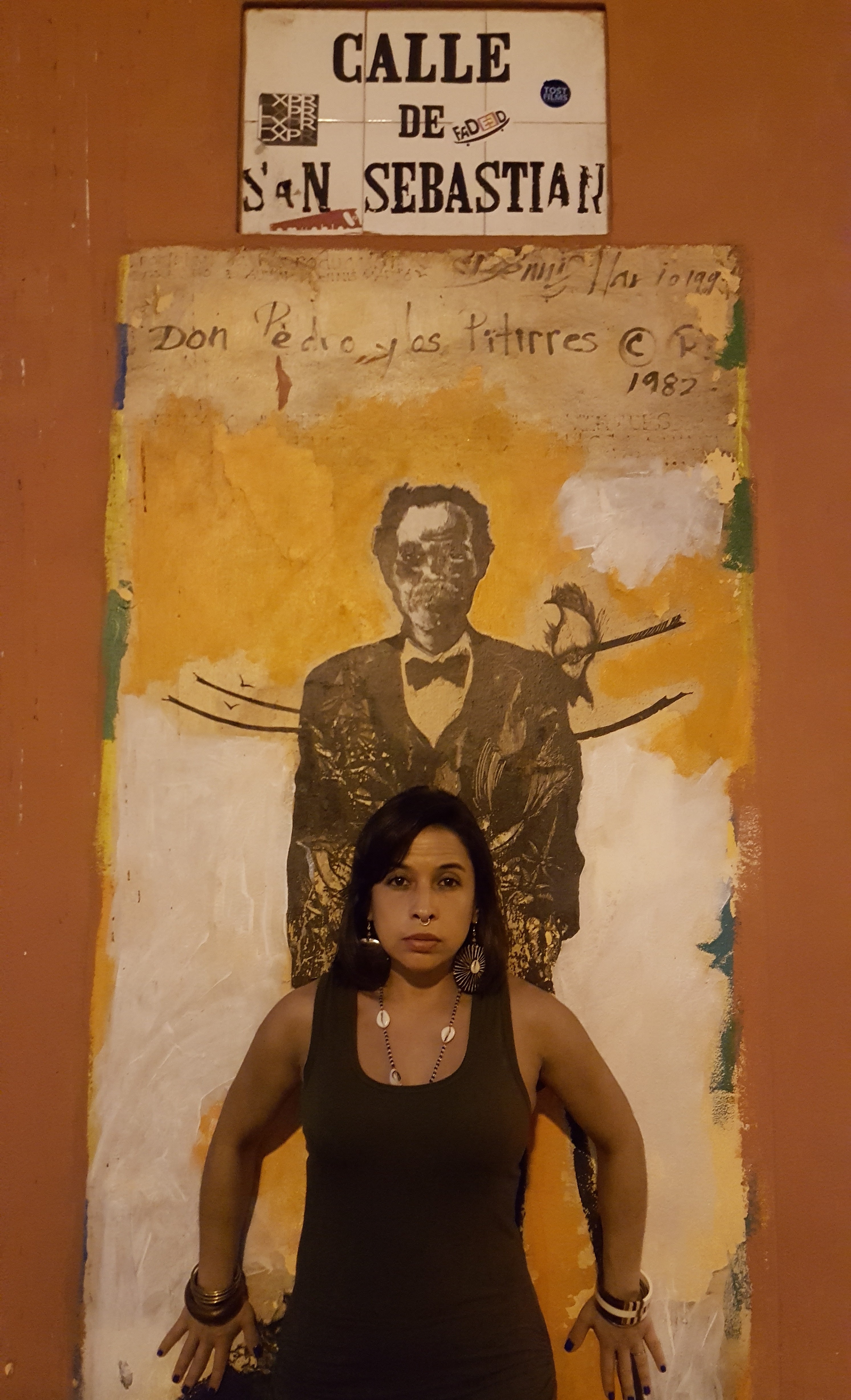 their naming ceremony broadcasted over live feeds, satellite images
insisting she settles on the tongues of both faithful and atheist

María: a road blocked by land that slides into
screaming mouths, the saltwater of sorrow stuck in throats

She: the howl of Guabancex, cousin to the merciless Santa Clara,
The lady of the Sea, her eye set on the sugarcane of Yabucoa

Her name a destruction so great it rests with sisters just as
deadly: Irma, Katrina

Wet, wide-hipped woman, slit the throat of the horizon
leaving only damp bodies to sway under the moonlight

Peggy Robles-Alvarado is a tenured New York City educator with graduate degrees in elementary and bilingual education. In 2018 she received an MFA in performance and performance studies from Pratt Institute. She is a 2017 Pushcart Prize nominee; a CantoMundo, Academy for Teachers, and Home School Fellow; a two-time International Latino Book Award winner; and author of Conversations with My Skin and Homage to the Warrior Women. Through RoblesWrites Productions, she edited the following anthologies: The Abuela Stories Project in 2016 and Mujeres, The Magic, The Movement and The Muse in 2017. For more information, visit RoblesWrites.com.