This month The Common welcomes aboard four poets new to our pages: Maceo J. Whitaker, Claire Eder, Thomas March, and Jonathan Gerhardson. Two of these fine younger poets, Gerhardson and Whitaker, are being published for the first time. At The Common, we’re looking forward to more work by all four of them. Stay tuned. 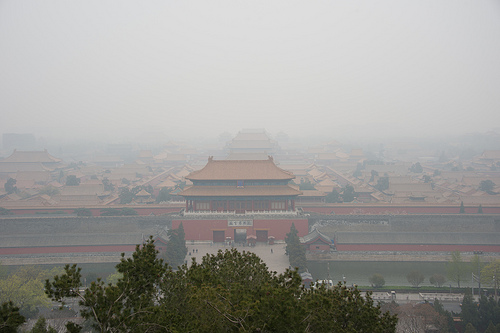 Growing up in Herpe Junction,
We lived a bookish existence.
Bookish, like Biblical, the way
We neighbors knew each other.

On huge mountain lion feet.
The moon shines. We praise
Butch Cassidy for his perspic-
Acity. Acuity. Acidity and vigor.

Roads are bumpy in Herpe Junction.
The main street’s pocked;
The side streets kill a car’s
Undercarriage. Mayor Lot

Gets around to the people
A lot, kissing babies,
Their parents, their sisters,
Their brothers, their pets,

Their trees, their toys,
Their bees, their fences,
Their floors, their spoons,
Their mornings and nights.

In the beginning, Lot praised
The people of Herpe Junction
For preserving its small-
Town feel. But before long,

One-Eyed Willy was a wicked vato. No?
You think you have a nice car?
Willy’s whip was a ship.
He dubbed it Inferno.
Trickster buc, unearthed in a wet
Oregonian cave (read: grave).
Willy split chasms in half.
His Last Crusade, his grail: gold.
Any schism in the ranks, any mutiny
Amid the ship? The plank, or dance
The hempen jig. No scallywag
Could run a rig on Big Will.

But wait. Not just
One eye, one socket.
Seven heavens, seven sins, heavy seas!
Willy’s skull: a cavity for his right eye,
An osseous chunk for his left.
Dude was a Cyclops; no wonder
Willy felt at home in the water.
Until, like One-Eyed Odin, he faced fate.

One-Eyed Willy was (this must be true)
A man of vast artistic sensibility.
Ahoy. Would Will read Ahab’s tale?
Would he eye verse? Would he scan poems?
Willy would master Sudoku, no doubt.
He could freestyle a verse over some
Beats percussed with rusty guns,
Background pirates swilling rum, singing

“Yo ho, Yo ho! A pirate’s life’s for me.”
Shrewd like slick shoes, patch like Slick Rick.
He’d pluck a foe’s entrails pizzicato, then
Play the xylophone on the dead man’s bones,
Bass and poems on treasure chest or copper pot.
One-Eyed Willy was the true Shakespeare.

Imagine Willy as a kid. Mikey’s age.
Just trying to make a pal at pirate school.
In the 1600s, other boys might’ve seen an eye
Patch before. But one socket? Damn, Willy.
The skull suppressed his rapacious brain.
Willy would make followers, not friends.
How could he have been a blacksmith,
A tailor, a moneylender? Willy fled
The womb a goopy swashbucklin’ fool.
Only treasure and verse and bloodlust
Set his heart a-thump.

Maceo J. Whitaker is a Creative Writing instructor who lives in the thriving arts community of Beacon, NY. He has a poem forthcoming in Poetry Magazine.

The up quark is very important for everyday life.
As it composes all the physical matter we see around us,
it is, of course, stable. You once tried to take a shower

in the rain at the intersection next to my apartment a few
months before I moved there. You ran out all lathered up,
and just then it stopped raining. Officials expected up to four

school districts to cancel classes as the remaining bears, big cats
and other beasts were hunted down. The only time
you drink water is in the shower. You seem to be weather

unto yourself. You empty your rain on my stomach.
A big yellow moth was sitting in the bike lane
on my ride to school. I tried to move it out of the road,

but its mustard wing pigment came off on my thumb.
“This is a bad situation,” the sheriff said. It is theorized
that gluons can interact with each other and form glueballs.

The electron-neutrino travels at close to the speed of light
and rarely interacts with anything. In the parking lot
of the retirement home, a white-haired woman

in a floral nightgown pushes a child’s bicycle around.
I don’t see a child. I see a truck with twelve fully grown
palm trees arriving at the new apartment complex:

“luxury housing” for graduate students. Authorities
are reporting that the wolf has been killed. That means
only the monkey remains at large. Then there was

that time you climbed the water tower. No one
noticed you up there, but it was all the same to you.
The graviton would hypothetically permeate the universe

but so far has never been detected. I know the theory of you,
but you resist discovery. In fact, you set up a bucket outside
your window for no other purpose than to hear the rain in it.

My journey
begins in the mystery of a landscape without birds
inhabited by white presences.

Born from our seeding shadows

mint on wounded memory
you are the menhirs of a civilization which would have lost the sun.

And I interrogate you in the belly of the enigma’s fortress
alone among your faces
with my guts and the warm breath of my words.

I offer you an odor of cats and of women.

Knowing that to say
in this mute place is already to try on death
I name the death of Eurydice.

Claire Eder’s poems and translations have appeared in Guernica, the Cincinnati Review, Sakura Review, and the Adirondack Review.

Marie-Claire Bancquart lives in Paris where she is professor emerita at the Paris-Sorbonne University. Her most recent book of poems is Violente vie (Le Castor Astral, 2012).

In the Apartment, After You’ve Gone

The clocks have started keeping lazy time.
The dust is slow to settle—and the air
is thick with smells I’d never known were there
when you were here. But now you’re not. And I’m

left counting every leaky-faucet drop—
when I can’t sleep—I press my favorite shirts
of yours, with starch, and pose them, hollow flirts
across the backs of chairs, as if a crop

of half-formed, ghostly hints of you might keep.
But each one wilts into a silent heap,
as heavy wishes will incline to fail.
Now dust will settle, and the faucet drip,
and I will stack and sort through all your mail
until you’ve come home from your business trip.

As we walk out, we could be any two
unknown, untired men.
The shirt you borrowed, just like you,
I may not see again.

We showered, and we shared some tea
before we caught the train.
But as our hands touch on the pole
between us, we abstain

from speaking, and I do not try
to interrupt your gaze
until we have to say goodbye
and start our separate days.

Such mornings tend to leave one blue
and grimy with regret.
But sharing a commute is new,
eight hours since we first met.

I’ll try, then, in a day or two—
if I should feel the same—
this number that I have for you,
now that I have your name.

Thomas March is a poet, teacher and critic who lives in New York City. He is a recent recipient of the Norma Millay Ellis Fellowship in Poetry, awarded by the Millay Colony for the Arts, and has twice been a finalist for the Southwest Review’s Morton Marr Poetry Prize.

The swirling smog in Beijing
swirls slowly like squirrels fucking
in the parking lot
of a Trenton, New Jersey
highway rest stop
where swirling smog
swirling
chugs
like wool wool wool
lunar wool in puffs
from smokestacks
of factories on the horizon
where burlings
are trucked in and slaughtered,
blood
purling and foaming
through gutters, gurgling
down drains.

If you have confused this smog for
fog or rain clouds; something
wet and benign,
don’t panic.
Enjoy these top five helpful smog
tips:
1.) Use a t-shirt or handkerchief
to cover your nose and mouth.
2.) Run tap water through
a filter of activated charcoal to save
money on bottled water.
3.) Take 500mg acetaminophen
in cases of existential crisis.
4.) Short, shallow breaths will limit
your exposure to soot particulates
suspended in the air.
5.) If you’ve brung an umbrella
there’s no need to feel foolish.
An umbrella can be used as a whirligig
if it’s not windy,
if you’re courageous.

In the Tide aisle
a young clerk commits time theft,
texts her beau emojis:
frog face, frog face, party hat.
She slinks down the aisle,
pretends not to notice
the hard hearted man in a du-rag shoving Downy in his pants, like,
“Pleased to meet you” and “No,
I don’t have a receipt,
I think I lost it.” Because “Fuck
this place,” and “two more hours” until she
and he will visit different weed dealers,
get high in different parking lots.
So what?

Now the stern faced manager lanks forth,
tight at the knees and bun
of gnarled black hair. Look at her go
with that clipboard!

The man in the du-rag mean mugs.

In the meat department
a mother surveys the carcasses,
decides to splurge
on the apple smoked turkey bacon
for her children’s Sunday breakfast.
She flaps her wings proudly.

The Christmas decorations have been up for weeks.
Animatronic reindeer, prisoner made icicle lights.
Only 48 more shopping days left until Christmas.
Just three weeks until the stampede of wire and plastic,
and shiny things and gift receipts for Christmas.
But for now there is stillness.
The calm before the storm?
A pimple faced teenager in a black Metallica t-shirt,
having nothing better to do, snaps
a picture of himself in an elf hat, posts it on facebook,
and receives very few likes. Well, what else is new?

Have you ever seen this place at night when the night crew comes in?
I’ve seen it once.
They bring out the big industrial floor waxers to wax the linoleum floors.
The wax dust hangs in the air like jungle mist.

Jonathan Gerhardson is from Chicopee, Massachusetts. This is his first publication.