I went sick as a child

with hunger and fear. I’d rip the crust
of my lips—and lick my lips; I recall
the fresh and salty taste.
And I’m walking, I’m walking, walking,
I sit on the steps by the door, I bask,
I walk delirious, as if a rat catcher led me
by my nose into the river, I sit and bask
on the steps; I shiver this way and that.

Papad was the bard of the masses. He sat during the endless school classes
on the bench next to me, composing rhymes which could be appreciated by
all for their elemental simplicity. Thus: 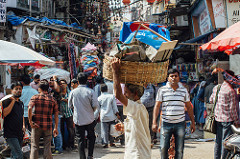 I am constantly asked why I persist in calling my city Bombay when it has long been renamed Mumbai. A rather articulate but annoying French academic even attributed inherent anarchy to my dissension. “If everyone called cities by the names they preferred, how would anyone know where they are?” I opted out of the argument. I would know. I would always know. With my eyes wide shut. Mumbai may be a zip code, but Bombay is my home. 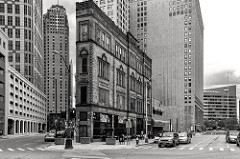 We bought Detroit because even after buying ourselves new houses and cars, $253 million in lottery winnings left the four of us with a ton of leftover cash. Why specifically? One of our daughters found the ad on Craigslist: One city for sale or rent—slightly used; a fixer-upper; free from most city noise; lots of pretty, healthy trees and grass. The asking price wasn’t ridiculous.The mayor took personal checks. We wanted to be the first people who’d ever bought a city. Sure, important people sometimes got keys to them, but that’s not the same thing. 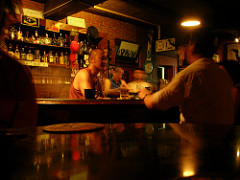 He brought her stories, long and intricate narratives that he laid at her feet like a dog with a bone. She would have preferred love, or at least more of his wild, open-hearted sex, but that was complicated; after all, she lived in another time zone now, and the divorce, far beyond messy, had left him in debt. For weeks, he’d camped out in his friend’s van—demoralizing for a middle-aged man. He had an apartment on the third floor in what she knew was a rough neighborhood, backing up against the desert. He had a son also, and that’s where his energy needed to go. Stories were what he could manage for her. 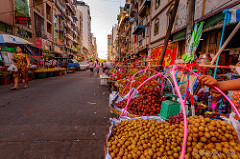 The morning of the announcement, Bo Htet Aung finished his story. He wrote The End at the bottom of the page, shut the notebook, and slipped it into the briefcase he took to work each day. Then he set about ironing a white shirt and blue longyi with more than his usual precision. He wished he could wear his old major’s uniform, with its crisp olive lines and the peaked cap that added two inches to his height. But it was not that kind of day, that kind of announcement. Instead he pulled his traditional taikpon jacket on over his shirt and left it unbuttoned. His fingers shook too much.

And he stirred his coffee, the old poet, and spoke of
Dante, and how Homer’s journey to the underworld
wove a thread through Virgil to the selva oscura. And
that the Commedia was not the apex of Christianity, but
its finale. That the enormous architecture of the poem
was not built to house theology, but to protect man from
the absence of God, who had already departed.

A cloud drifting over the house tonight
is the shape of an insect, a hellgrammite,
large, long, and singular, crawling through
the waters of dark sky.