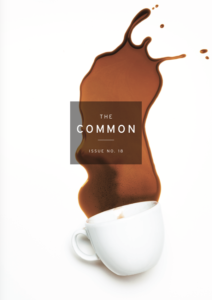 Supplementary materials for teaching Issue 18 are listed below.

Browse an interactive map of Issue 18

Gabrielle Lucille Fuentes on her first novel, the question of autobiography, and “the marvelous real” (in a “self-interview” on The Nervous Breakdown); Fuentes discusses time as a sense of place, the problem of the “likable” female character, and changing voice to meet the needs of the narrative (via Weird Sister); see also: Fuentes on writing, identity, and censorship (via PEN America).

Katherine Hill discusses the craft of fiction writing, especially short stories, and the best writing advice she’s ever received (via Colorado Review) and writes about “befriending” literary characters and the immersive power of fiction (via Paris Review); see also: in a video interview with Writerly States, Hill talks the state of literature and saving books.

Bruce Holbert on his novel Whiskey, his early life, and his writing process (via Inlander); see also: a photo-essay by Holbert on “the harsh terrain, natural beauty, ferocious wildlife, and local histories that pulse through Washington State” – and through Holbert’s writing (via FSG Work in Progress)

Anna Badkhen explores the “anatomy of lostness,” feelings of displacement, and her own immigrant background (via World Literature Today); see also: Badkhen’s place-focused essay on fishing in Senegal (via Granta), and her essay exploring markedly different types of movement, namely the travel vignettes in Olga Tokarczuk’s novel Flights and her own experiences and observations of the forced travel of migration and exile (via New York Review of Books).

A Thoreau reading list to accompany “Three Walks” by Ben Shattuck: “The Wellfleet Oysterman,” “Ktaadn,” and “A Walk to Wachusett”; see also: Shattuck writes about his residency in America’s least-visited park.

Watch Omaggio: A Portrait of Anna Lea Lelli (part 1 and part 2), a documentary directed and produced by Susan Troccolo that originally aired on San Francisco public television KQED; see also: Troccolo discusses her time in Rome studying Dante, her recent book, and her advice for aspiring writers, and reads a short essay on finding or rediscovering one’s boundaries.

To accompany Geoff Martin’s essay “Baked Clay,” watch Earth to Earth, the short film recorded and narrated by the author’s grandfather Clarence Martin, read Martin’s essay “Slave Days in the Queens Bush” (via Hamilton Arts & Letters), which takes a hard look at the persistent erasure of Black communities from Canada’s history, and learn more about the Between the Lakes Treaty; see also: Martin’s audio essay explores how silence and noise affect creativity (via The Drum)

Gail Mazur and Tess Taylor discuss the Blacksmith House Poetry Series and how living in Cambridge has affected Mazur’s work (via Ploughshares).

Nathan McClain on poems that changed his life, favorite writing prompts, and aspirations to live by; see also: McClain’s poem “The Flowers” in our August Poetry Feature.

Read Ama Codjoe’s “The Beekeeper’s Husband” in our May poetry feature; see also: Codjoe on learning the arithmetic of formalism while studying with poet Marilyn Nelson (via Poets & Writers).

Afua Ansong reads a selection of her work at the Asian American Writer’s Workshop and discusses overcoming rejection, editing old work, and deciding when new work is ready (via Africa in Dialogue); for further exploration, read a poem from Ansong’s chapbook along with a note from the poet about the work’s significance and themes.

Listen to Bernard Ferguson read his poetry: “Love Does Not Want This Body,” “Flareup,” “On Sex for the Immigrant,” and “3 Poems on Resistance” (via Button Poetry), as well as “When A Grave Swells” (via 92nd Street Y); for further exploration, read Ferguson’s essays on Hurricane Dorian and climate injustice (via the New Yorker) and on bullets and the black male body, through the lens of comic book heroes (via The Rumpus).

After reading Jeffrey Harrison’s poem “Portrait of a Man,” explore other ekphrastic works in our pages, including “Review of Dosso Dossi’s Jupiter Painting Butterflies, Mercury and Virtue, 1555” by Amy Lawless and Jeff Alessandrelli, “Warriors in Art” by Ron Welburn, and a selection of poems by Bruce Bond with paintings by Aron Wiesenfeld. See also: an interview with Harrison on his writing process and poems that come naturally and lead to new territory (via Kenyon Review) and more of Harrison’s poems in The Common.

Colin Channer discusses coming to poetry and writing the relationship between Jamaica and New England, and offers a “playlist” to help readers get to know him and his writing (via Hypertext Magazine); listen to another interview with Channer, in which he describes how “growing up in Jamaica, one didn’t feel that one had access to a literary life. One felt there was access to music,” (via the Working Poet Radio Show). For further exploration, read more from Colin Channer in our pages.

Read four poems by Eleanor Stanford in our June feature as well as an interview with Stanford in which she discusses poetic form, the importance of language, and ways to feel at home in the world; see also: Stanford’s poetic essay “Geology Primer (Fogo, Cape Verde)” from Issue 06.

Read (and hear) more from Valerie Duff in our pages, including an interview with Duff, in which she touches on Mexico City, Virginia, Boston, and writing poetry as if you’re sorting through a dream world.

Lesley Wheeler explores dressing the part of the poet(ess) (via Kenyon Review).

Chloe Martinez on how place affects her writing, and finding unifying themes in her work (via The Tishman Review); for further exploration, listen as Martinez takes part in a conversation for National Poetry Month on the culture of poetry, and poetic form, musicality, and spirituality (via A Taste Of Ink LIVE).

Luiza Flynn-Goodlett on confessional modes of address and speaking the self, particularly as related to sexuality and gender (via Vida); for further reading, Flynn-Goodlett recommends E.M. Forster’s Maurice as part of The Queer Syllabus (via The Rumpus).

Kiriti Sengupta on the relationship between ethnicity and poetry and writing spirituality (via Colorado Review) and on his writing inspirations, his approach to poetry, and the work of translation (via Setu).

Zamora Linmark on how location influences his writing and the choice to use Pidgin in his work (via Kaya) and on his past professions and geographic places of influence (via Massachusetts Review); see also: more from R. Zamora Linmark in our pages.