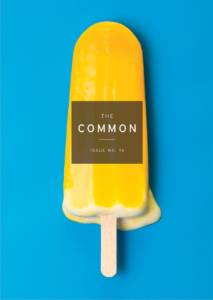 Supplementary materials for teaching Issue 16 are listed below.

Browse an interactive map of Issue 16

Puerto Rico Syllabus: Essential tools for critical thinking about the Puerto Rican debt crisis. This syllabus provides a list of resources for teaching and learning about the current economic crisis in Puerto Rico (available in English and Spanish).

“Why would anyone in Puerto Rico want a hurricane? Because someone will get rich.” – How tax breaks and a quasi-colonial status make the island vulnerable to disasters. By Yarimar Bonilla in Washington Post. Read more from Bonilla.

Towards an Un-American Solidarity: Thinking With Puerto Rico After Hurricane María by Ren/Rachel Ellis Neyra, Ph.D (via Independent Curators International).

Ana Teresa Toro discusses why she stayed in Puerto Rico after the storm; Charo Henríquez describes why he left (via “Race/Related” a newsletter from The New York Times).

Carina del Valle Schorske discusses the art and importance of translation and a“mortal silence” in the wake of Hurricane María (via The New York Times Magazine).

Jessica Sequeira reviews Mara Pastor’s poetry collection As Though the Wound Had Heard (via Berfrois).

Ricardo Alberto Maldonado reads his poetry at Poets for Puerto Rico: A Reading for Hurricane Relief.

Peggy Robles-Alvarado is interviewed by Ivelisse Rodriguez (via Centro)

Adál’s collection “Puerto Ricans Underwater” is featured in Remezcla; see also: “Puerto Rican Identity, In and Out of Focus,” a profile on Adál’s work in The New York Times.

“Rule-Breaking is a Conscious Decision: an Interview with Willie Perdomo” on New York City, communication with ghosts, and the power memory has to transport us to a “gone place.” Perdomo discusses his connection to New York City (via Words Without Borders); watch Perdomo perform at The Apollo as part of Urban World NYC; listen as Perdomo discusses poetry and cringe humor on NPR.

Carmen Graciela Díaz writes a series of columns for El Nuevo Día; in “Obituarios,” she discusses arts and culture on the island or in the diaspora (in Spanish).

In our “Ask a Local” features, Ana Teresa Toro and Mara Pastor offer a glimpse into life in the cities of San Juan and Ponce.

Additional suggested reading:
The Battle For Paradise: Puerto Rico Takes on the Disaster Capitalists by Naomi Klein
War Against All Puerto Ricans: Revolution and Terror in America’s Colony by Nelson A. Denis
When I Was Puerto Rican: A Memoir by Esmeralda Santiago
Mundo Cruel: Stories by Luis Negrón
Macho Camacho’s Beat: a novel by Luis Rafael Sanchez

The Common’s Translation Editor, Curtis Bauer, discusses the importance of reading widely, and which came first, the translator or the poet (via Center for the Art of Translation).

Watch Valzhyna Mort discuss the poetics of translation and the role of the translator in conversation with Dr. James Byrne (via Edge Hill University); see also: Mort discusses writing across languages (via The California Journal of Poetics); read more of Mort’s translations in The Common Online.

“Plot, Character, Action!” – a craft “talk” by Shira Elmalich (via The Chattahoochee Review).

Joseph O. Legaspi in conversation with Thora Siemsen; on writing process, queerness in literature, Filipino texts, and his own work  (via The Creative Independent)

David Lehman’s collection Poems in the Manner of… is reviewed in Green Mountains Review; read more from Lehman in The Common Online.

Amy Lawless discusses writing process and her latest book with Ryann Donnelly at Interview; read more from Lawless in The Common Online.

Jeff Alessandrelli’s collection This Last Time Will Be The First is reviewed by Andrew Fulmer in The Rumpus.

Tina Cane discusses writing and how reproductive freedom informs her work (via The Woman Project); read more from Cane in The Common Online.

Sebastian Matthews and Vievee Francis discuss the private life of trauma, as well as race, culture, identity, and disclosing what others would keep hidden; read more from Matthews at The Common Online, and watch him read at Bowdoin College.

Read an introduction to Polina Barskova’s work in our Issue 6 portfolio “After the USSR (Three Russian Poets)”; read more from Barskova.

Read more from our Issue 16 poets in The Common Online: