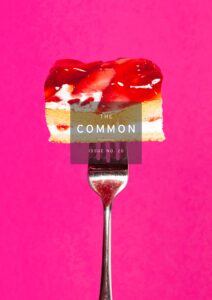 Supplementary materials for teaching Issue 20 are listed below.

Browse an interactive map of Issue 20.

To Accompany the Portfolio of Writing from the Lusosphere

Explore our collected resources and lesson plans related to literary translation. Students will find more poems, stories, essays, and interviews in our full online portfolio of Writing from the Lusosphere.

Learn more about the Lusosphere, complete with maps, charts, and links to articles about the different cultures of this diverse group (Wiki2). Follow up with excerpts from an essay by Jason Keith Fernandes on the badges of Portuguese colonialism in Goa, which specifically explores the relationships between knowledge, power, and academia in the Lusosphere, and an article by Yovanka Paquete Perdigao on the lack of global readership among Afro-Lusophone writers (Academia.edu, OZY).

Podcast: Edgar Garbelotto on “A Fourteen-Hour Lesson in Theosophy.” The story imagines the final hours of author Clarice Lispector’s life. In this conversation, Garbelotto talks about the process of fictionalizing a real person and bringing her to life in the streets of Rio. Garbelotto also discusses the experience of writing and translating in English, which is his second language, and the way that experience has changed his approach to writing original work. Portuguese is a more playful, allegorical language than English, Garbelotto says, and he’s learned to approach each language differently.

Podcast: Fátima Policarpo on “Her Borders Become Her.” In this conversation, Policarpo talks about creating an essay that includes elements of ghost stories, using language barriers and rich settings to set up complicated dynamics between family members who bully, and are later bullied in turn. She also discusses her current manuscript, a longer work incorporating many of the ideas and themes explored in this essay, and about her work teaching writing and literature with a focus on human rights education.

Podcast: Jethro Soutar on Portuguese Translations. Soutar talks about three pieces he translated for the portfolio and the complexities of translating poetry and prose: capturing not just the meaning of a piece but the feeling and atmosphere of it, and the culture behind the scenes. He also explains a little of the colonial and racial history of Portugal, Cape Verde, and Mozambique, and how those events echo today through the literature and language of modern Lusophone countries. Students may also be interested in reading an interview with Jethro Soutar, which explores the role of the translator as a detective and sheds some light on his relationship with place (ONOMATOMANIA).

Podcast: Katherine Vaz on “The Treasure Hunt of August Dias.” In this conversation, Vaz talks about her long career of writing novels and short stories about Portuguese and Portuguese-American characters and their rich, complex communities. She also discusses her current project, a heavily researched historical novel about Portuguese immigrants set during the Civil War. Read Vaz’s Issue 20 story, “The Treasure Hunt of August Dias” alongside her Issue 18 story “Revenge in the Name of All Owls”; both are stunning in their portrayals of fathers facing mortality. See also: this interview with the Portuguese-American Journal in which Vaz discusses the inequalities that continue to exist in writing from the Lusosphere.

Podcast: Casey Walker on his short story “Vigilância” and writing World War II-era Lisbon through the eyes of a police informer who trades in secrets. Walker also discusses the complex nature of complicity in his novel Last Days in Shanghai, and the historical and personal background behind his current project Mexicali, a new novel set in the Mexican-American borderlands.

Podcast: Jennifer Jean on her poem “California,” which appears in the online extension of the portfolio alongside the works of Lusa-American poets. Jean talks about writing this poem to be in conversation with Joni Mitchell’s song of the same title, and how music works its way into much of her poetry, in both rhythm and language. She also discusses writing her new poetry collection Object Lesson which centers on trauma, and co-translating poems by Iraqi women poets with an Arabic translator.

Read “The Donor” by Teolinda Gersão alongside her short story “The Woman Who Stole the Rain” (Words Without Borders), and consider how each story’s narrator accesses and imagines other places, times, and realities. In an Ask a Local interview with The Common, Gersão takes us on a brief tour of Lisbon, and in an interview with Livraria Lello, she discusses her writing life and her 2016 book Atrás da Porta e Outras Histórias.

Pair Oona Patrick’s “Nobody Goes to Mértola” with this interview she and Dean Ellis conducted with Maria Teresa Horta, one of the “Three Marias” mentioned in Patrick’s essay, in which Horta discusses writing, activism, and attitudes toward feminists and feminism in Portugal (Guernica).

“Brief Exchanges” by Susana Moreira Marques probes experiences of childbirth and motherhood through vignettes of different women’s experiences. Consider pairing the essay with “Travel Notes on Death,” Marques’s existential meditation on time and mortality, excerpted from her book, Now and at the Hour of our Death (Granta). Students of creative nonfiction will find in Marques’s works examples of how an episodic form can be employed to introduce and interweave numerous voices, perspectives, and experiences–lessons that are equally informative for poets and fiction writers.

Check out this interview with José Luís Peixoto in which he discusses genre, memorable characters, and the US literary environment (Portuguese American Journal). Then read Peixoto’s Issue 20 poem “Alone I Arrive in a Looted City,” which ends with a sudden direct address to the speaker’s mother, alongside “You Died on Me,” a nonfiction piece published in Words Without Borders, in which Peixoto speaks to his deceased father. Students might consider similarities and differences between the poem and nonfiction piece (and how the different forms work for their subject matter), as well as the use of direct address in each; then, ask students to draw from these works to write their own poem, story, or nonfiction addressed to another.

After reading Eliane Marques’s “The Rower of the Maré” (translated by Tiffany Higgins) and Leonardo Tonus’s “The Mermaids’ Cry,” (translated by Carolyne Wright), check out our October poetry feature for more from these great Brazilian poets, with poems presented in the original Portuguese as well as the English translations. For further exploration: an article by Black Brazilian Today describes Marques’s quarantine project: translating African and Latin American writers into Brazilian Portuguese to ensure that those works are recognized as art rather than merely sociological documents.

This article from mART illuminates Matilde Campilho’s writing process and inspiration for her book, Joquei.

Explore Ananda Lima’s photography, including images of Brazil and Lisbon. Students can also read and listen to Lima’s Issue 17 poem “Translation,” which, like “Amblyopia,” moves between English and Portuguese.

Read more from Eleanor Stanford in our pages, including “Geology Primer (Fogo, Cape Verde)” from Issue 06, and an interview touching on poetic form, the importance of language, and ways to feel at home in the world.

In an interview with OkayAfrica, Shauna Barbosa discusses Cape Verde, memorable one-liners, and her journey from journalism to books. Students may also listen to her conversation with KCRW, in which she reads excerpts from her book, Cape Verde Blues. There is also a fun segment featuring Shauna from the show Precazul, which showcases Cape Verdean culture, music, and politics (Youtube).

If students find themselves particularly excited about reading translated works from the Lusosphere, they can find a list of Lusophone books in translation here (RiffleBooks).

Podcast: Deborah Lindsay Williams discusses her essay “‘You Like to Have Some Cup of Tea?’ and Other Questions About Complicity and Place.” Williams talks about living and writing in Abu Dhabi, traveling to South Africa with her family, and how narrow the western view of these places can be, often simplifying very complex issues of racial hierarchy, economics, culture, and history.

Podcast: KC Trommer on “The Couple” and writing about artwork she finds compelling and sometimes disturbing, like the Louise Bourgeois sculpture explored in this poem—a great listen for students exploring ekphrasis. In this conversation with Managing Editor Emily Everett, Trommer also discusses her Queens-centered poetry project QUEENSBOUND, her work as a visual artist, and her experience living a block and a half from Elmhurst Hospital in Jackson Heights, the epicenter of the early pandemic.

Podcast: Silvia Spring on “The Home Front,” her debut short story. In this conversation, Spring talks about the inspiration and process behind this story, which tangles with the difficulties of coming into adulthood, and the experience of living abroad without feeling part of the community. Spring drew from her own experience studying and living in London in the U.K., and her time as a journalist at Newsweek, embedded with troops in Iraq and Afghanistan. The conversation also includes discussion of the revision process; writing without an MFA; and U.S. foreign policy, today and over the last few years.

After reading LaToya Faulk’s “In Search of a Homeplace,” read a letter to her thirteen-year-old son, published by Scalawag Magazine as part of their Race & Place series, and a short essay published on Faulk’s website, in which she explores Blackness, American culture, and the media.

After reading Francisco Márquez’s 2020 DISQUIET prize-winning poem “Provincetown,” students may be interested in an interview with Márquez in which he discusses poetic practice, translation, and his relationship to the Spanish language. In this interview, Márquez discusses how Venezuela is, for him, emblematic of both home and exile. Students can learn more about Venezuela and the country’s literary landscape by watching a video by Vox, which provides some context for the current sociopolitical climate of Venezuela and reading Marcela Valdes’s article (via NPR) exploring Venezuelan novel-writing in context of the country’s political history.

Peter LaBerge, Editor-in-Chief of The Adroit Journal talks about founding a professional literary magazine as a sophomore in high school (The Adroit Journal). Also check out “Gust” and LaBerge’s commentary on the poem, published by the Poetry Society of America. Students may also be interested in watching “Boy Saint,” a powerful short film by Tom Speers that explores masculinity, queerness, and boyhood, inspired by Peter LaBerge’s poem of the same name.

Steven Leyva speaks with Grace Cavalieri about how poetry comes to embody place on “The Poet and the Poem” podcast. In this short article published by Little Patuxent Review, Leyva discusses his experiences and responsibilities as the magazine’s editor-in-chief.

Rose McLarney explores the relationship between scientific research and poetry through short vignettes of her and her father, which may be particularly compelling to students studying ecocriticism and literature focused on environmental studies (Orion Magazine). In an interview by Katie Pyontek, McLarney discusses her new book and simple pleasures in the time of the Anthropocene (The Adroit Journal).

Read more of Rodney A. Brown’s poems featuring entrances and exits in Anomaly Journal; and students may be interested to learn more about Brown’s work with dance and HIV education (The Brown Dance Project).

This article from Post Magazine provides some context to the title of Adrienne Su’s poem, “The Jews of Kaifeng,” shedding light on 1,400 years of history and on the story of a young teenager from Hong Kong whose interest was piqued by this history. As another supplement to her poem, students may read a short interview with Adrienne Su did in Massachusetts Review, in which she talks about her journey towards poetry and how place informs her writing. Poetry students may also want to check out Mentor and Muse: Essays from Poets to Poets, which published Adrienne Su’s essay on love and verse; the essay ends with a writing prompt for students and example poems from Su.