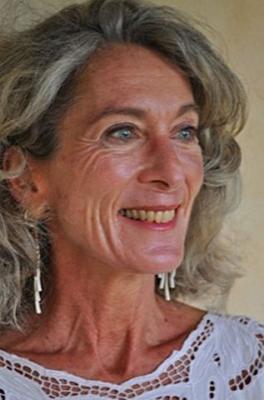 Leslie Ullman is a fluent, effervescent poet and author of the award-winning collections Slow Work Through Sand, Dreams by No One’s Daughter, and Natural Histories. She teaches poetry – although she considers that all of us, including her students, are “interdisciplinary beings” – at Vermont College of Fine Arts and is professor emerita at University of Texas-El Paso. Melody Nixon saw her read on the last day of 2012 in Montpelier, Vermont. Taken by the lyrical language of her poetry, she invited Ullman into an email dialogue about the light of New Mexico, absence, and the experience of being interviewed.

Melody Nixon (MN): Your book Progress on the Subject of Immensity will be released in August 2013. The poems in this book are highly lyrical, invested in the sounds of language and in the rhythm of words, while they also maintain a tight focus on subject. Can you talk about your relationship to rhythm and word sound?

Leslie Ullman (LU): My relationship to sound is so instinctual as to lie at some remove from my conscious grapplings with craft while I’m writing, though it does find a place in my intellect when I’m teaching. I dutifully have read and talked about meter without feeling much excitement beyond the satisfaction of fulfilling an obligation to my students. Other aspects of sound, however, such as the subtle harmonies achieved by repetition or near-repetition of vowel or consonant sounds, have interested me more, especially as they underscore meaning.

Many Anglo-Westerners think of Siberia in terms of its weather (freezing), its animals (tigers and woolly dogs), its history (gruesome and gulag-filled), or the distances it encompasses (gargantuan). In their conceptions of Russia’s east, twenty-first century writers don’t stray from received stereotypes. Siberia is described in one piece in The Rumpus as the junk drawer below the kitchen radio to which you send unwanted things; in another recent selection of writings “on the near and far,” Siberia is the “far” place, down from which cold winds slither. 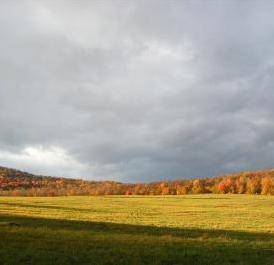 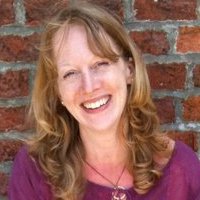 In this month’s author Q&A, Melody Nixon speaks with Nicola Waldron about finding and feeling at home, the American Dream versus the British Dream, and wanderlust. Waldron’s essay “The Land Up North” appeared in Issue No. 04 of The Common.

MN: In your essay “The Land Up North” you write about the sense of security and possibility afforded you by the land that you and your husband bought in the Catskills. The essay is poetically written, highly evocative of place, and has an appealing lightness of language. Who are your influences? Do you read mainly nonfiction?

NW: That essay was written when I was reading a lot of nonfiction. Dinah Lenney, the author of “Bigger than Life,” was my teacher at Bennington and is one of my great hero-mentors. She recommended to me Abigail Thomas’s work, especially her book “Safekeeping,” and my essay was written in response to that book. I’d also just been reading Jo Ann Beard.

Cornfields really are the primary element of the landscape in Nebraska; the primary color (yellow), the primary crop (grain), the recently threatened, but still primary income. Agriculture’s primacy is omnipresent, and the fields are much more factory than farm. Still, Nebraska is a beautiful place. The sun sets in an array of unsaturated colors–pinks, purples, and magentas not commonly seen. Light wavelengths mix in a uniquely flat-country way, and indeed the earth is so flat that if you stand on a tall building you can see the earth’s curvature. Against the unnamable shades of dusk jut irrigation machines made of steel and blades. In such a landscape, I felt both irrelevantly tiny and in awe of my fellow humans’ ability to manipulate the earth.
Finding Common Ground: Aurora, Nebraska11.19.2012
Read more...

Ten Questions on Writing and New York City: An Interview with Phillip Lopate10.12.2012
Read more...
Sign Up for Our Newsletter